One too meany beers later I wake in my hotel room and jump into my Sunday costume. I always wear a new cosplay costume on the Sunday. This is usually due to me being in the masquerade but today this is not the case. I will watch the masquerade and support my con buddies who will be competing. 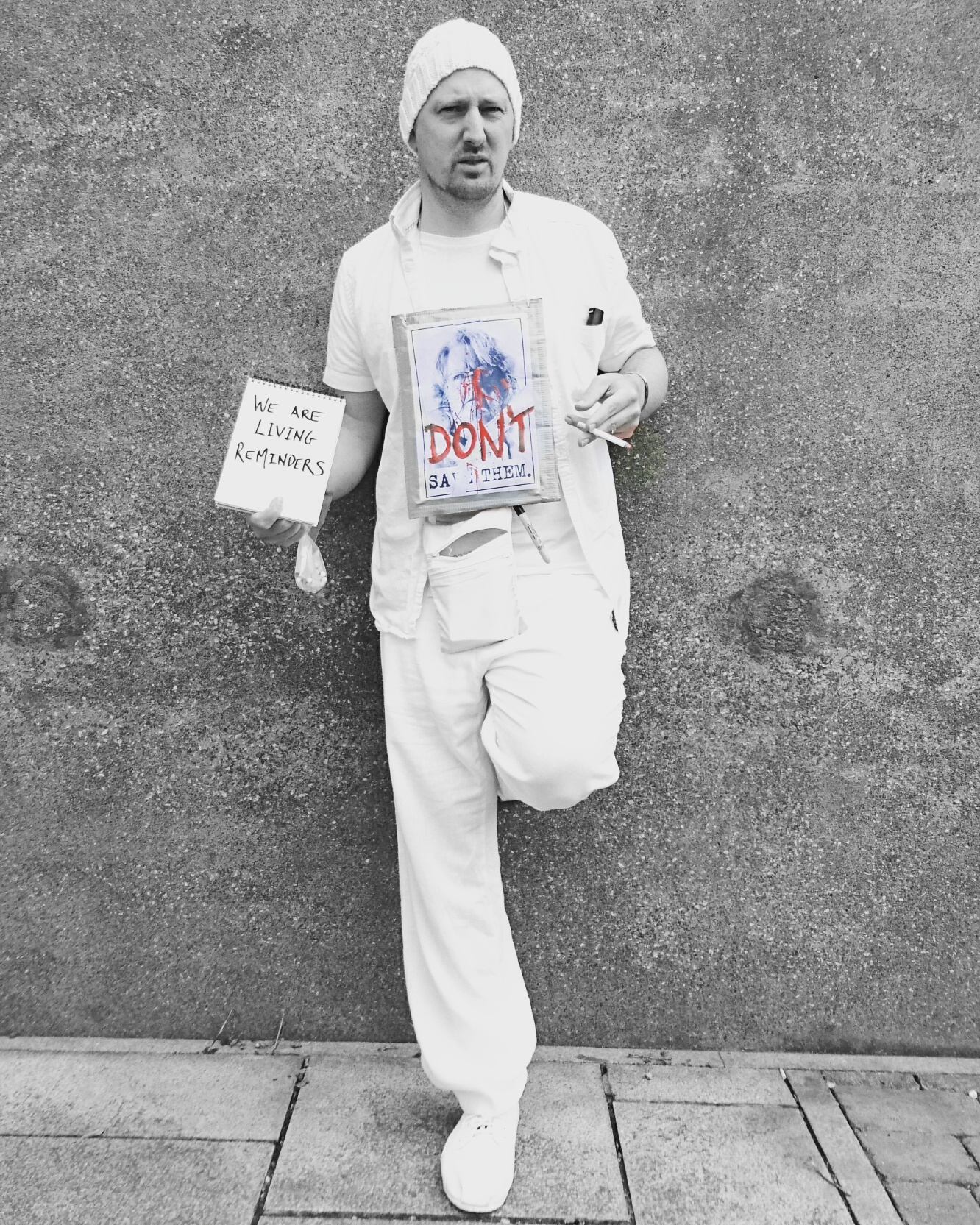 I love this show and thought more would know who I was.  But when people did get it, it was worth it. I don’t smoke so picking a chain smoker was a strange decision but all looked fantastic.

I walked the con floor and did some shopping. Found a great Pokamon holographic jigsaw (That will keep my 5 year old busy for months)

As an actress from ‘The Leftovers’ was giving a talk on her roll in ‘The Flash’ I decided to go stand in front of her as the Guilty Remnant and see if I could get a reaction.  I quickly remembered the issue with lights in the Gold theater,  Violett Beane  Could not see me even in my white cloths. As she left the stage she went via the back center exit so no fun gag to be made there.

After that its always great to see some regulars at the MCM, ‘Red Dwarf’ cast had a chat. 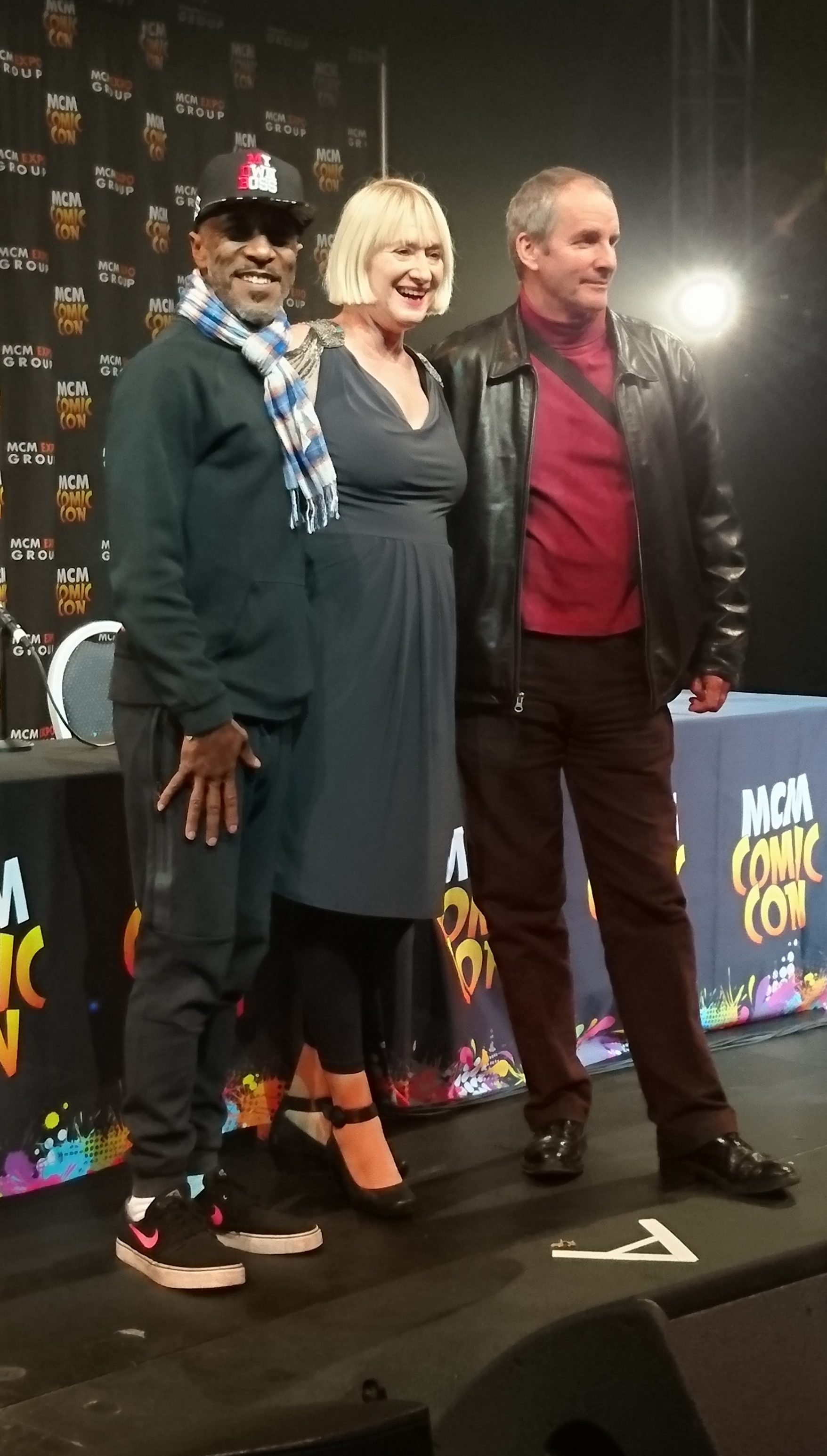 Also great to walk around VidFestUK. I was surprised on how some YouTube creators seam so desperate for subscribers. If I ever become like some of them please unsubscribe to my channel! Upside is that I bumped into a friend from collage that I have not seen in person in 20 years. Last time I saw him was when a drone blow him up in the last season of 24. 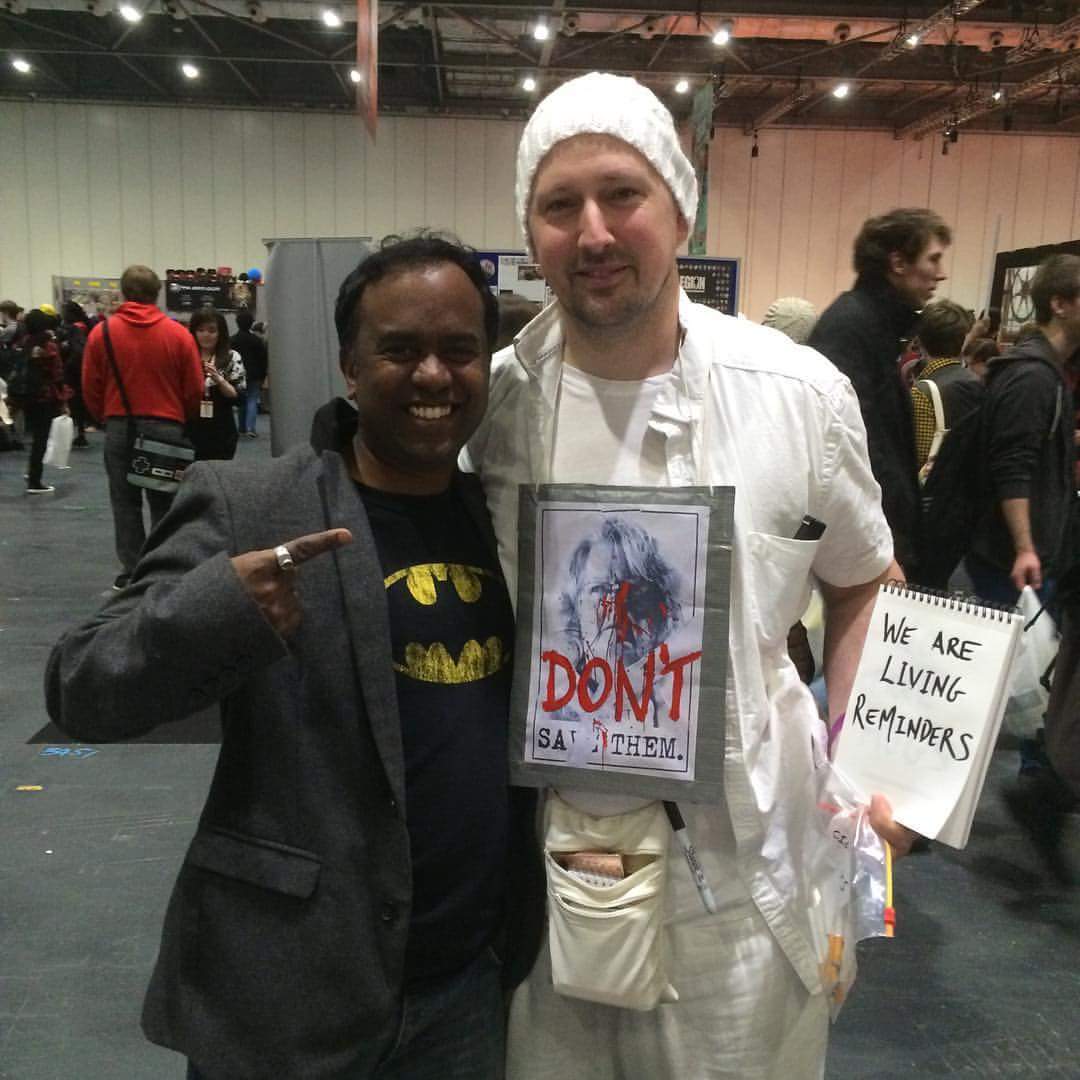 Then it was time to see the masquerade, My fingers were crossed for my con friend Kaldorei Cosplay  To win with her amazing Skull kid from Zelda. 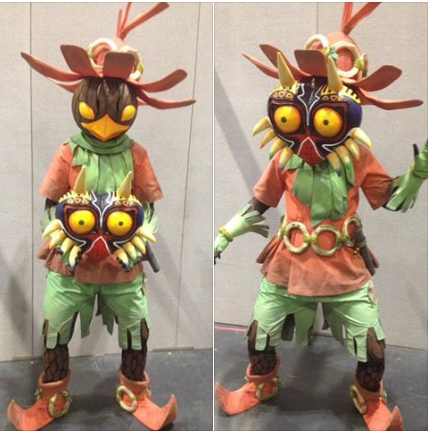 This was a completely had made, dyed and cut, painted … where do I end Cosplay with a fantastic skit that also ran within the 1 min 40 time frame. I watched as much as the masquerade I could but had to leave for the airport before the end. I kept my fingers crossed until I got a message that read “I can’t believe it… I WON!”

I also must say how much I loved Mad Hamsters Fluffle Puff comic relief during the show! Very funny cosplay!

Then it was time to board my plane. It was fun! I did feel under dressed this year but will return in 2017 bigger and better!