On the 23th & 24th of June 2018, I was invited to Guest Cosplay at Galaxy A Sci-Fi Celebration! by Prestige Events Jersey

I set up my cosplay table the day before the event started. It was a nice change to be able to set up the day before. This is the first event like this to happen here in Jersey. In the past, if I do anything like this I have usually been travelling for 12 hours before setting up!

On Thursday 21st, I put my RoboCop cosplay on down at the Raddison Blu Jersey to have the official Galaxy photographer Vince Thorne Bespoke Photography to take some pictures from the local paper and the websites for the event. This was the first time putting Robo on in over two years and it was obvious that this was going to be his last time out. Five-year-old glue was deteriorating, my waistline a bit bigger than it was back then too. The pictures did look good though! 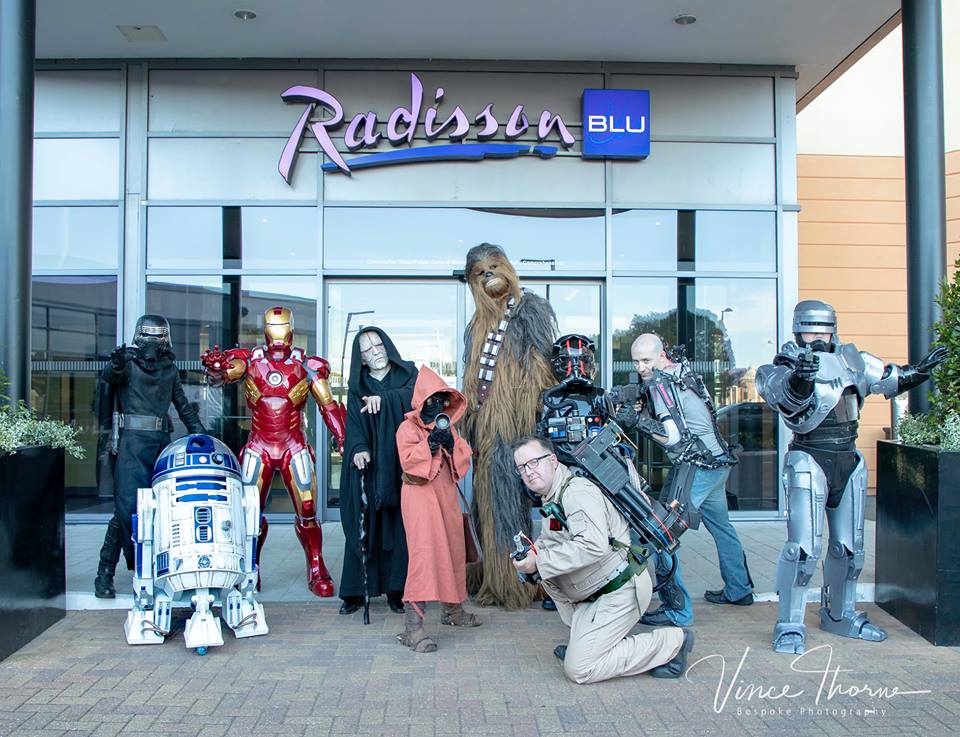 During both days the schedule was the same for myself and BlueJam77 at our Cosplay table.  For an hour we would chat about cosplay then we would both change into our costumes. I had decided to leave Robocop for the Live show as I was unsure if he would survive. I wore Isaac Clarke from DeadSpace 2.  BlueJam77 took out his Elysium Exoskeleton.

What was going on?

The Jersey Ghostbusters was in the foyer with a selection of Proton Packs. The quality of the builds was fantastic. Seeing them really made me think again about my 3D printed pack that I’m (very slowly) working on, maybe I should move that project up on my list… 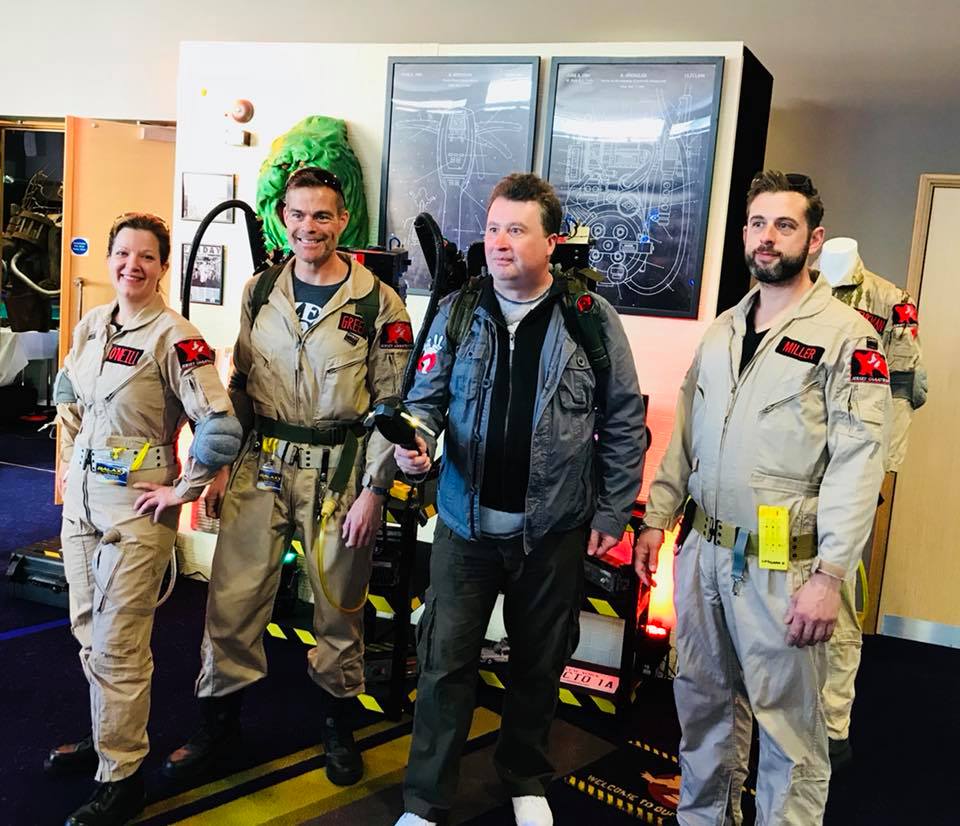 Jersey Libary Eagle Lab had a 3D printer working overtime to produce mini robots to give away. I too had brought my Iron Man 3D printed helmet. The public was really interested in 3D objects and I also had people wanting to buy my Sonic Screwdriver that was on display, maybe I should print some off to sell next time?

Continuing with 3D, the Virtuality Jersey team were showing off some virtual reality gaming. I don’t believe they had a free moment! 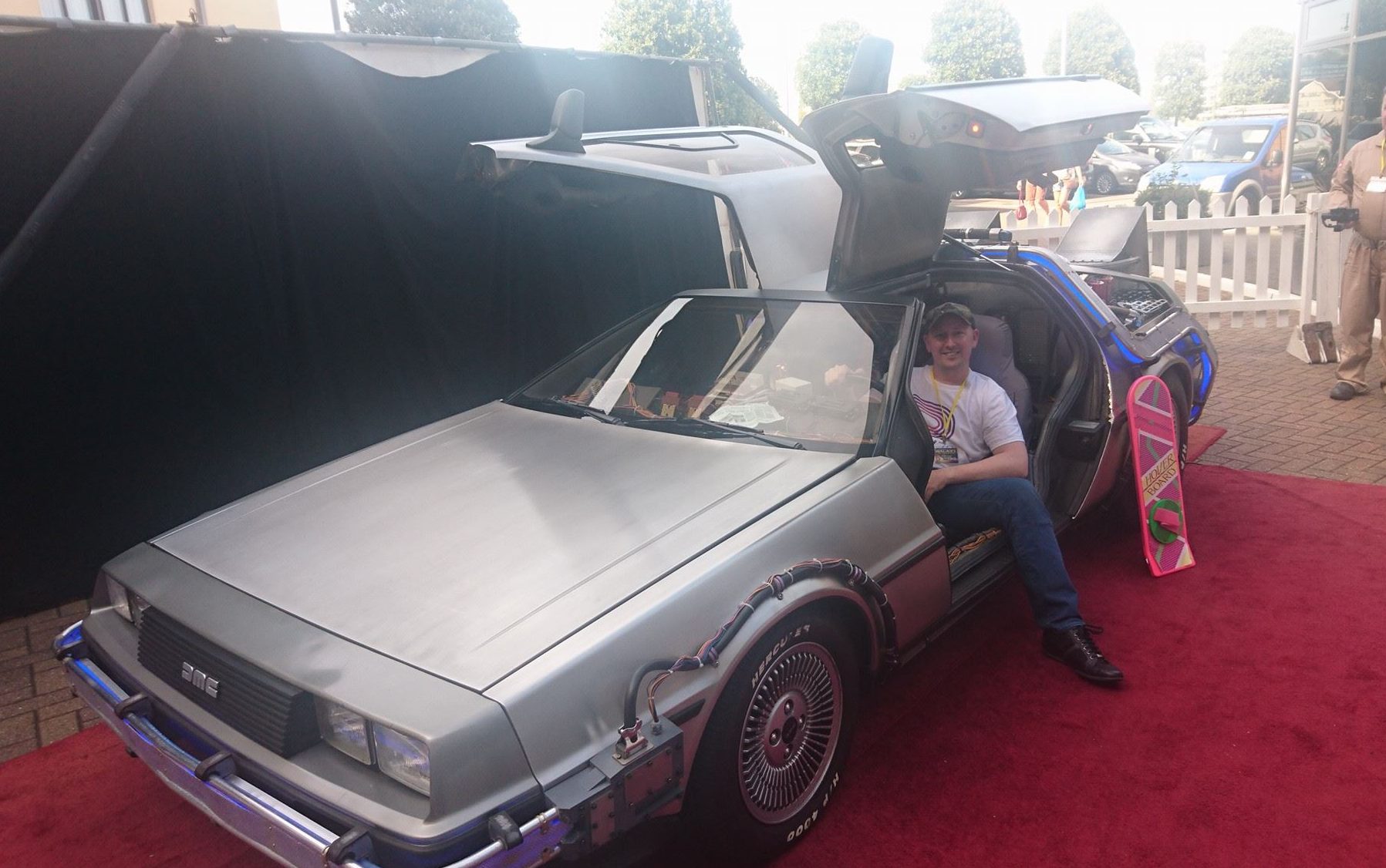 Look at that smile… By far my most favourite part of the event. Anyone who knows me knows that I wish to build a DeLorean Time Machine. This was a screen accurate car, the best I’ve seen. I talked to the owner who probably thought I was crazy, but I told him my master plan of taking reference pictures and maybe looking into 3D printing the parts. The guy was happy for me to use his car as a reference and I took probably 2GB of pictures and video on my phone. 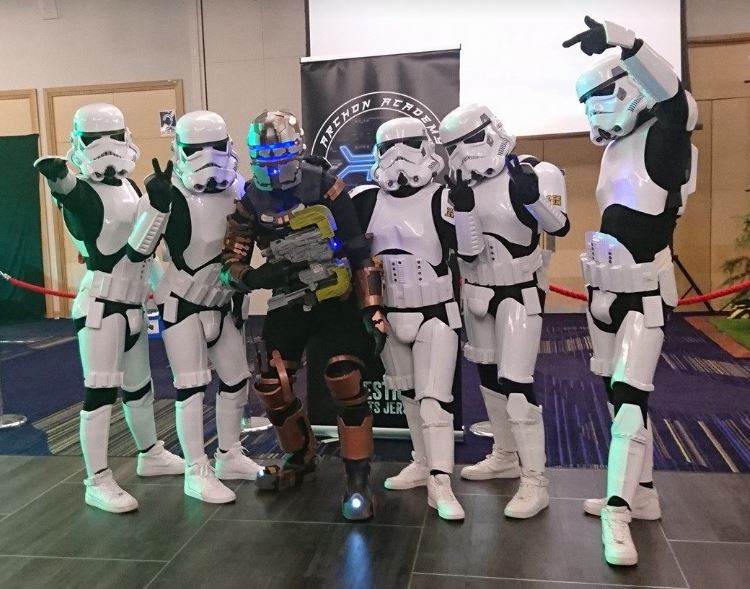 We had lots of Star Wars memorabilia, Cosplayers, celebrities and Britain’s Got Talent finalists Boogie Storm! Isaac had to get a picture with theses parkouring, gymnastic Stormtroopers!

ITV turned up to talk to the celebrities and spectators. Here is the news article featuring my Little Dax, Megan.

The Jersey Garrison filled the hall with fantastic costumes and random performances and lightsaber battles. Most children bought inflatable lightsabers and poor Kylo Ren got a beating all day, every day!

Suited  had their Iron Man MK VII out and about. Even Dax79 wanted a selfie! The kids loved him (And so did some Mums)! Keep an eye on these guys as more heroes are coming soon to the island. I think I will be bumping into them from time to time, especially when I have finished printing my Iron Man MK VI. 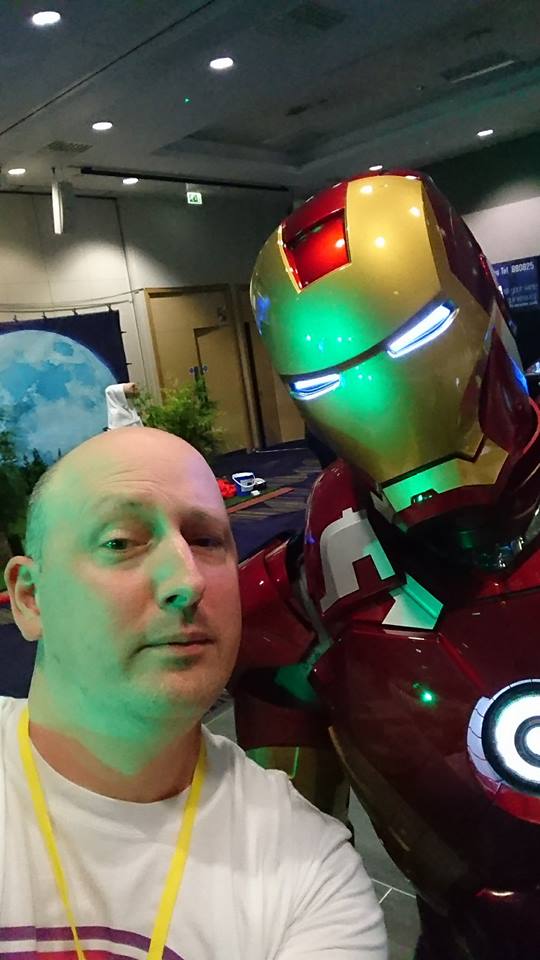 I got out of Isaac and into my Dax79 shirt, a present from my family. Who knows, maybe I will see you wearing them in the future! I did do some signings of my prints for some Dax79 Fans/Followers on both days, It was great hearing how people were enjoying my content on Youtube and Facebook! 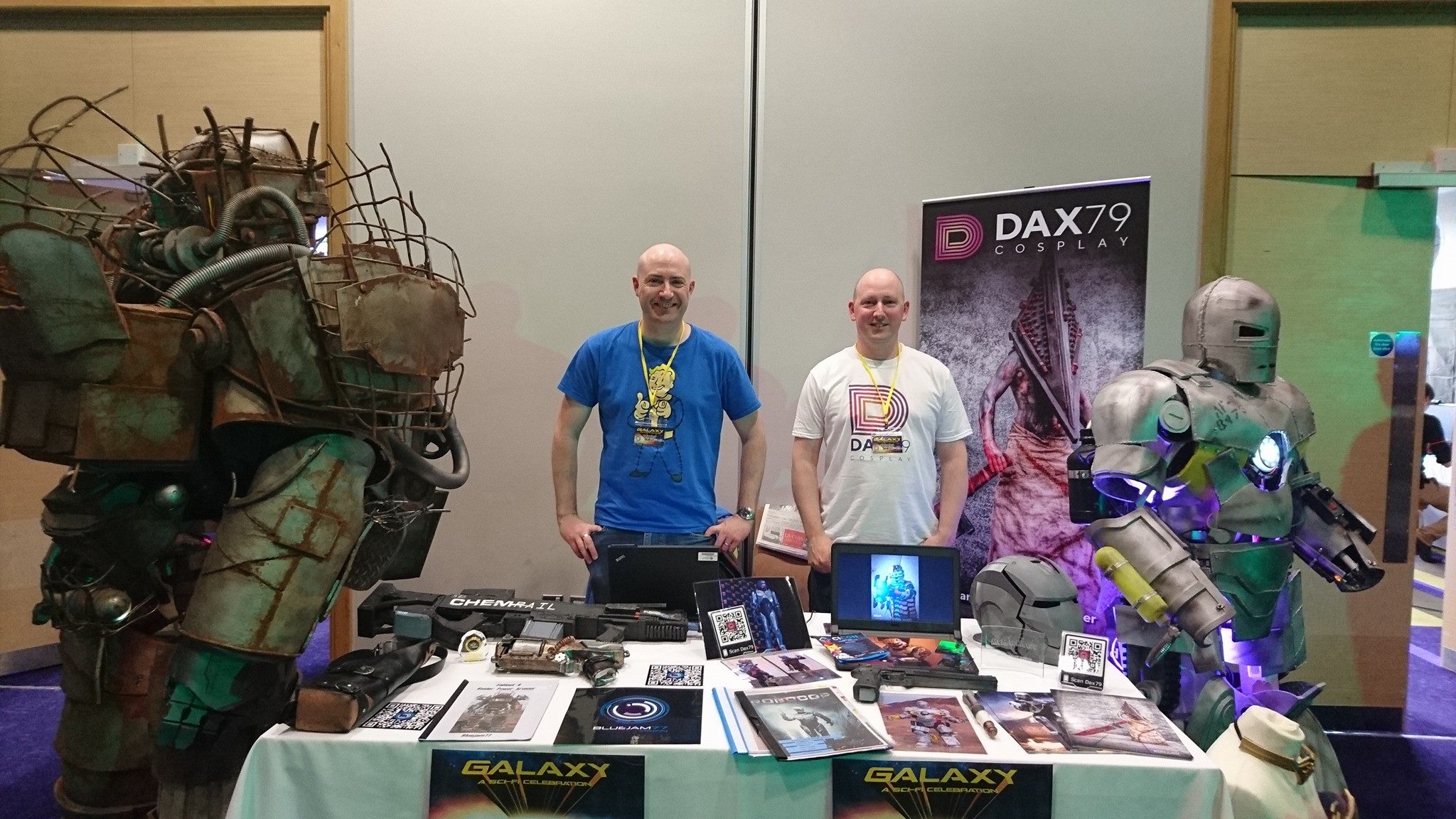 Off to the Opera House

After a long day within the Raddison, I had to head over to the Opera House to perform my Comin-con masquerade piece. Bluejam77 was my crew on the Sunday night and recorded this from the wings. Listen to them squeaks as I exit the stage!

It was great to nail my performance on both nights as I have decided he should really retire as an active cosplay. He’s old and had his days, but the audience and other performers liked his so much he may return… one day. 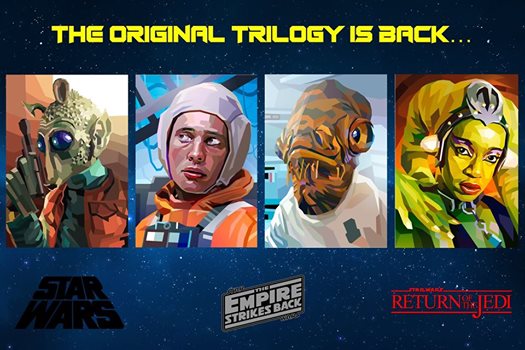 I meet all the actors on the Friday as they came one by one over to my Dax79 display. They all loved my Iron Man MK1. They seemed like a great batch and during the weekend I could see them signing away and taking fun selfies with fans. Thanks, Tim Rose, Paul Blake, Oola & Richard Oldfield for coming to Jersey and making the time for your fans!

It’s over until Vol 2

After the Live show, it was back to the Raddison to pack my stuff and get out of there. Thanks, Prestige Events Jersey For inviting Dax79 Cosplay to the event. Michael Lopes, Managing Director of Prestige has already asked if I will be interested in coming back next year. As long as it does not collide with CICon I’m up for it!

Keep an eye on my facebook page for more photos and updates linked to Galaxy18.