After a stressful night of working on Isaac Clark’s damn leg cylinders, it was time for my favorite cosplay to come out, Xuchilbara. I had to get BlueJam77 to cover me in dark body paint then I put on my homemade stilts, grabbed my helmet and slowly headed out of the hotel. Earlier it had been raining heavily and we thought today was going to be a wet one. Once we got there it was photo time! I have been in contact with a fantastic photographer who goes by the name ‘2nd Law Photography‘ who took some great pictures of my Robocop in 2014, again he worked his magic. He turned this picture below – 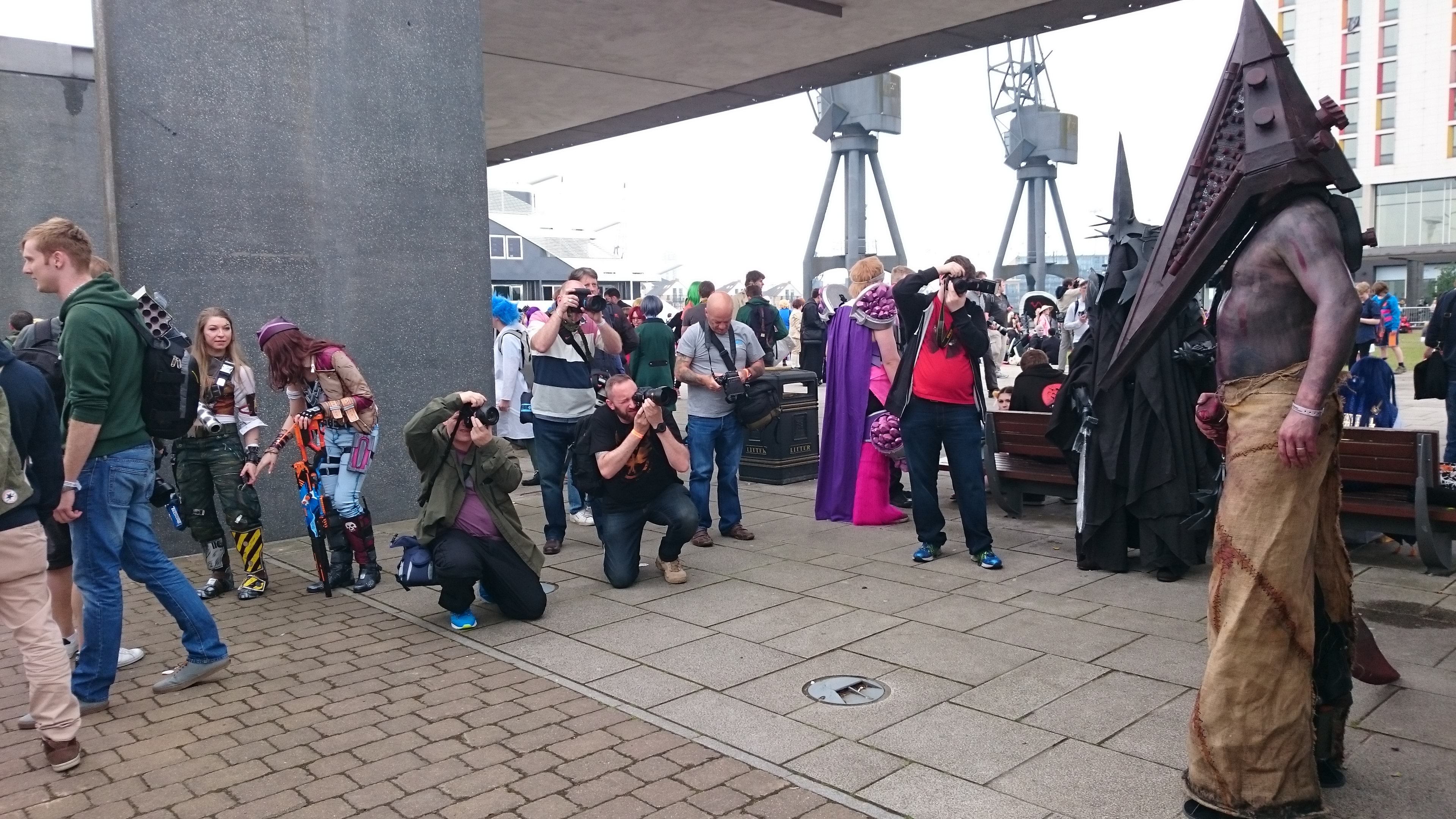 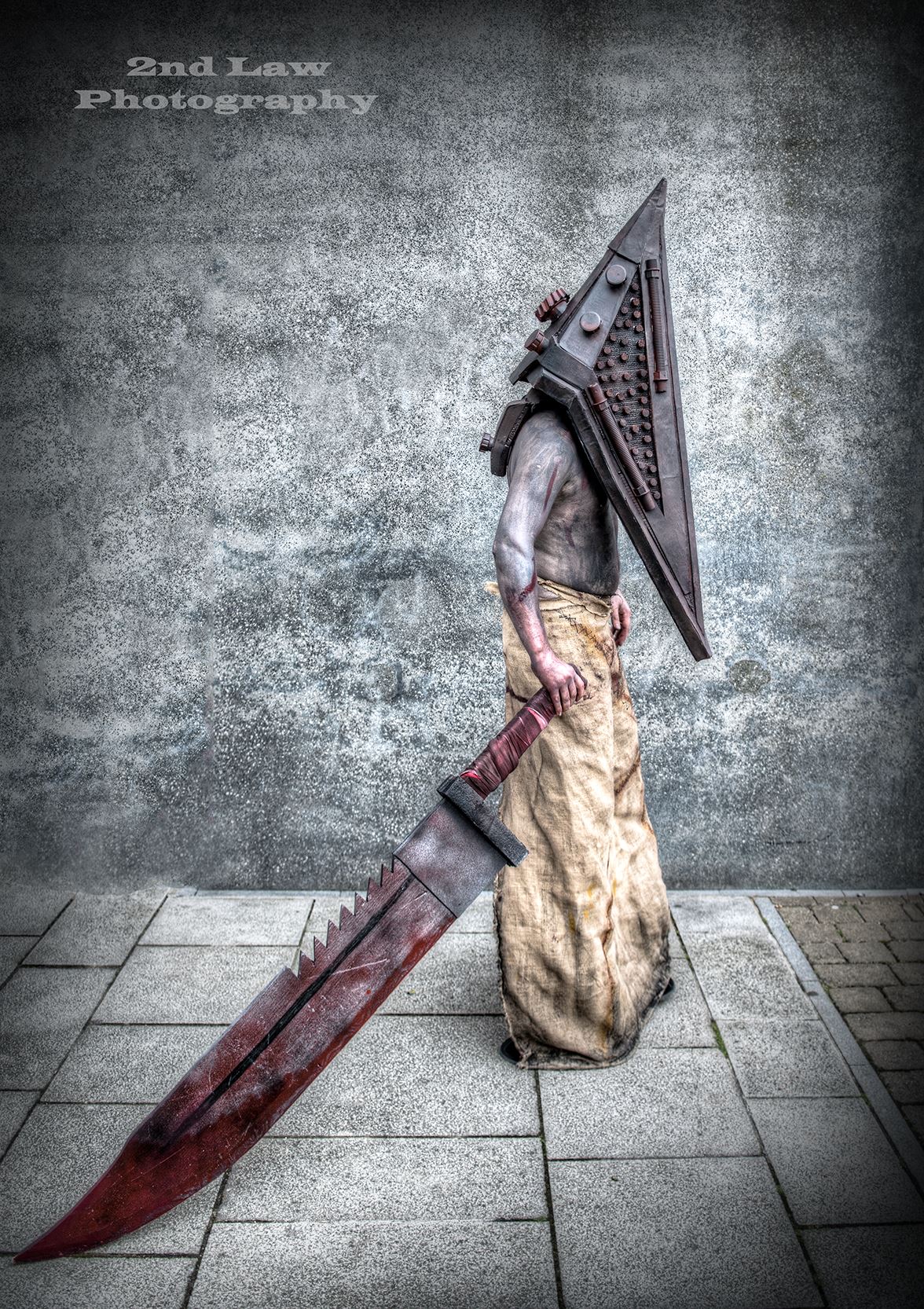 And also I must point out that you may have noticed that my ‘Great Knife’ has changed. With me being busy working on Isaac Clark I found I had no time to update my (Now sad looking) Great Knife. I was contacted by CI LARP asking if his services could come in handy anywhere. “I make weapons,” said Kai. I replied, “How about a 6-foot knife?”  Then it was born.

Again I headed into the hall with one thing on Pyramid Heads mind… ‘My creator is here, I must find Alessa’. So off I went with a bubble of media following until I reached Jodelle Ferland. I have a small list of people I wish to meet and she’s one I can now tick off the list. Jodelle instantly spotted the 10-foot something Pyramid head walking towards her. Razing her arms and saying “That’s the best Pyramid Head ever”

Jodelle who is sitting and is 5-foot 2″ looked up and to this it was time to remove my helmet and say hi. After turning into a cliché saying stupid stuff like “Your such a great actress”etc I asked her if she could sign my Metropolitan edition of Silent Hill. She was happy to. 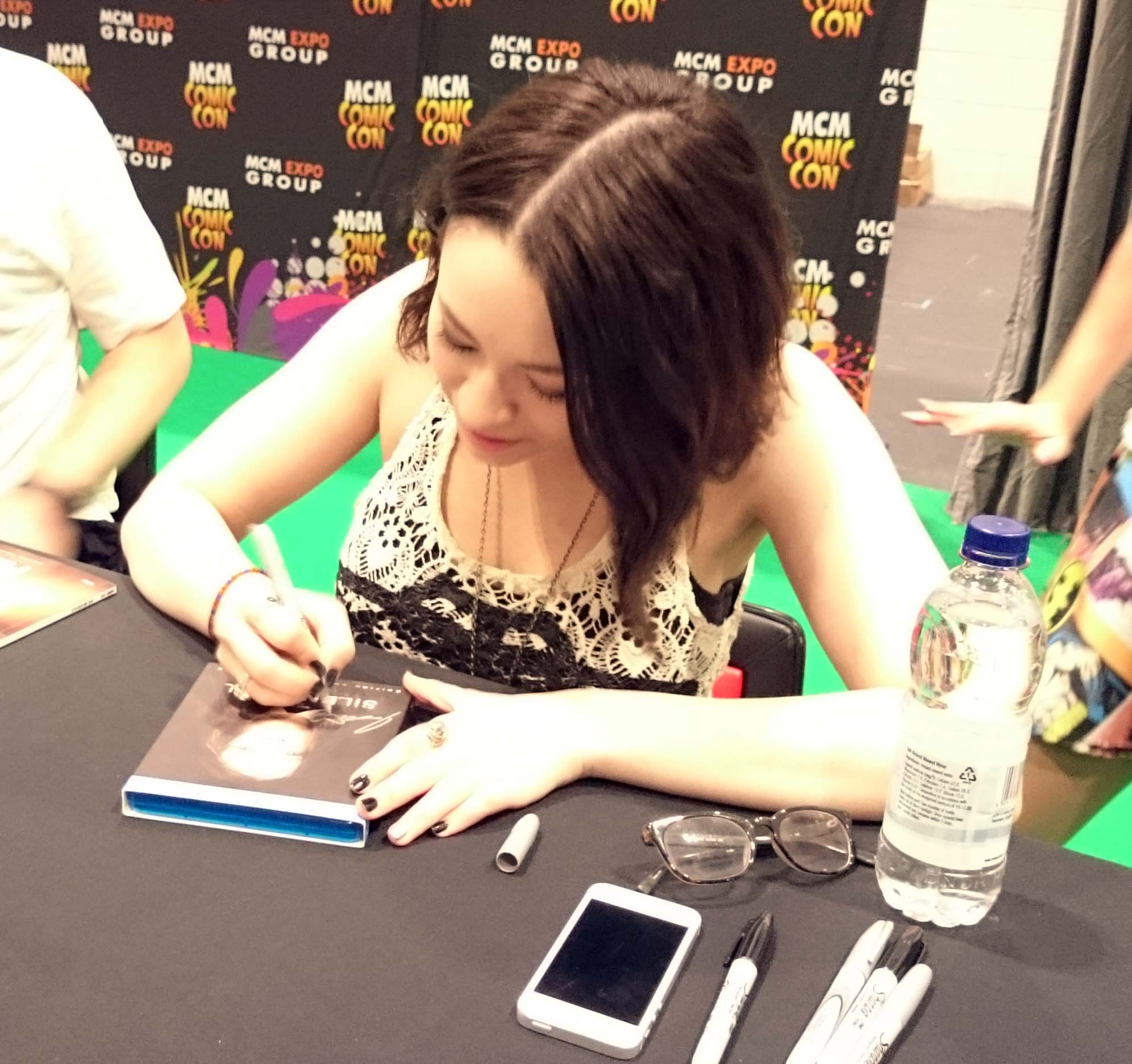 Then she climbed under the table to get her sister to take a picture of me with her! 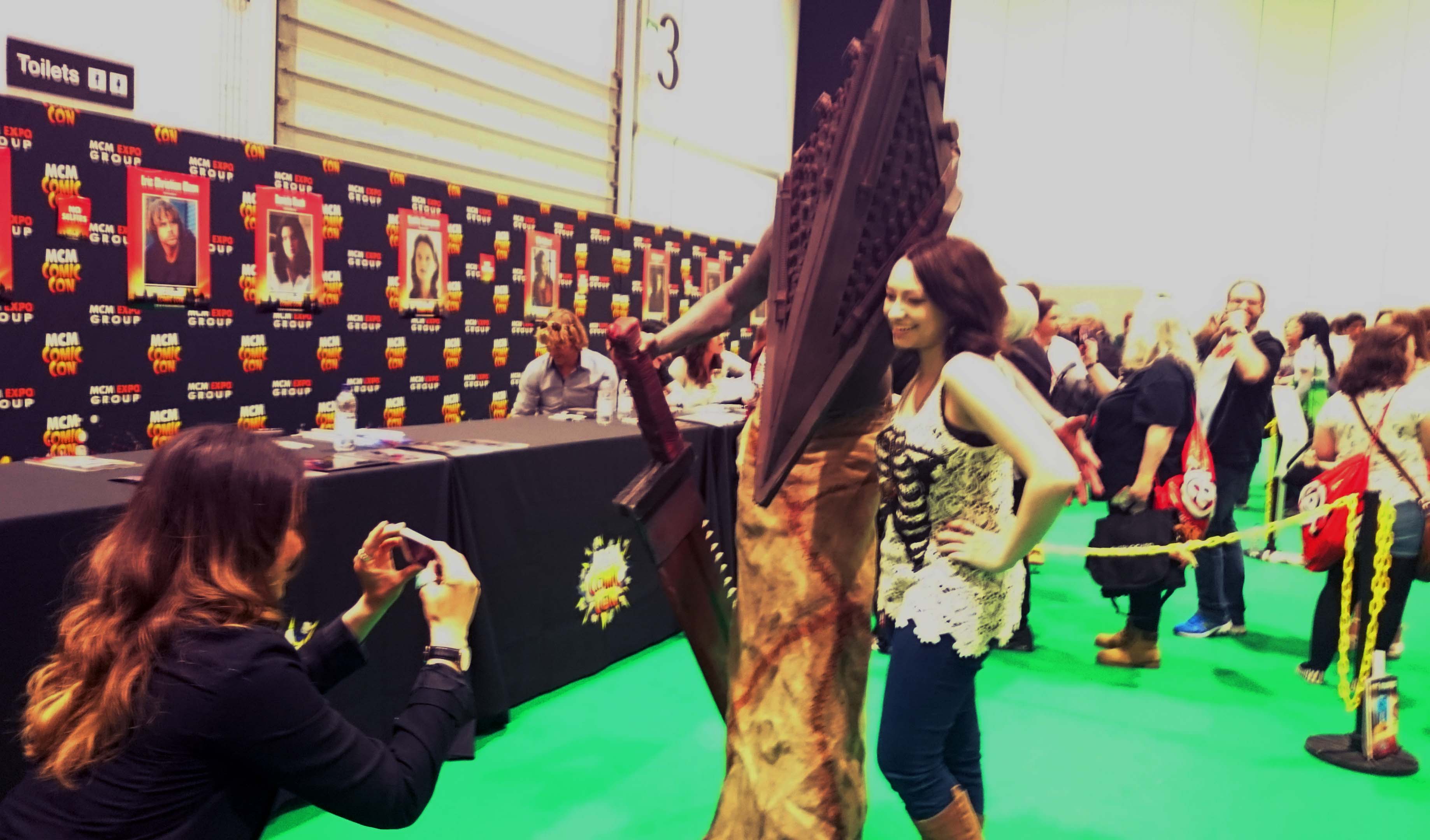 I said my farewells and hope to see her photograph sometime as my pictures did not come out to well.

Again I met some subscribers and followers, It was great meeting you. If you’re reading this please let me see your photos! By the end of the day, my feet and neck were on fire so it was time to head back to the hotel.  We had a healthy meal of Pizza then missed the MCM party as I still had to get Isaac right… DAMN LEG CYLINDERS!

This message is only visible to admins.
Problem displaying Facebook posts. Backup cache in use.
PPCA Error: Due to Facebook API changes it is no longer possible to display a feed from a Facebook Page you are not an admin of. The Facebook feed below is not using a valid Access Token for this Facebook page and so has stopped updating.